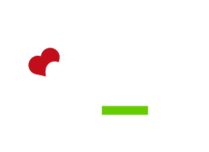 When you play a board in a rated room, your PPI may or may not change depending on your actual score and your expected score based on the PPI of the four players at the table.

Newcomers are assigned an initial PPI of 50%, and your PPI will be seen only after you have played at least 50 qualifying boards.

At the end of each event, each player's PPI is updated. The updating is carried out on a board by board basis and in accordance with the following formula:

BUT if a is less than 46, the value of m is then halved
and where (using Fred as the player for whom we are calculating)

The letter "m" is referred to as the weighting factor. It denotes how much weighting to give your updated PPI for the most recent board that you have played. For many players, the weighting factor is 600 so that the most recent board that you play accounts for one six hundredth (or 0.0167%) of your PPI.
However, there are reasons why "m" is not 600 for all players, and this is where all the "k" and "w" stuff come in.
Firstly, new players are artificially assigned an initial PPI of 50% and this can be a long way out, so it's important for the early results to be weighing heavily compared with the limited (or non-existent if he is playing for the first time) "history&" of the player. As the player plays more and more boards the weighting factor will gradually increase.

The PPI figure of a newcomer will therefore fluctuate considerably over his first visit or two.

Let's say a newcomer plays at a table where the other three players also have a PPI figure of 50% and over 12 boards the newcomer scores 40% overall. His PPI will go down from 50% to about 46% straight away.

A very inexperienced bridge player could easily see their PPI. Go down from 50% to 35% and then as they gradually become more experienced and a better player, they will see their figure gradually rise up.

In order for the PPI to be more responsive for players who don't play frequently in the qualifying rooms, whether that be because they play mainly in the IMP or Social rooms, or whether they simply play online infrequently, the weighting of the most recently played qualifying boards will increase for these players.
Thus, there is increased volatility of PPI. for those that play less than 300 qualifying boards in 3 months, equivalent to 3 hours a week, or 2 Daily Tourneys a week. Volatility is doubled for those playing fewer than 150 qualifying boards in 3 months, equivalent to about one Daily Tourney or one 14 board session a week.

From our periodic surveys we noted a strong perception by Club rated players that they find it difficult to rise above this level (The threshold is 46%). We have therefore doubled the volatility for each of the most recent boards (halving the value of "m") for each player who is below 46%. This will have the effect of enabling a session of good hands to improve your PPI dramatically, and in some cases, move you into the Diamond range, where immediately the calculation will revert to the normal weighting. Conversely, a few bad boards will drop your PPI just as dramatically. We will continue to review this.

We provide a detailed graph of your own PPI over time which can be accessed from the home page via Members -> My Profile and clicking on the actual % showing alongside your PPI symbol. From this page, you can access a further page that gives details of your recent PPI calculations. These are approximate as they take a session as a whole, and the actual PPI calculations are carried out on a board-by-board basis.
It is difficult for members when playing to estimate accurately the scores they need to maintain their PPI as the use of suit symbols, rather than figures in the profiles of the other players, means that you have only an approximation of the PPI figures for these other players. However, there are examples at the end of this page showing what estimates can be made.

Will my PPI change by the same amount as that of my partner after a session together?

When you partner a particular player, your PPI will normally* go up or down by the same amount for the boards that you play together. However, there may be a difference of 0.1% shown on the profiles due to the fact that the calculations are made to more than one decimal place and the profiles show a rounded off figure.
Equally, if you have a good or a bad session, you may still find that your PPI does not change, even though the calculations have taken effect. For example, you may change from 51.06 to 51.14 and this will still show as 51.1 on your profile.
*The exception to “normally” is that if one player has played less than 600 qualifying boards or plays infrequently, or if one player but not their partner is a Club, their new results will have a higher weighting and their figures will go up or down by a greater amount.

Is there not an advantage for regular partnerships?

Yes, there is, and this is considered to be the greatest shortcoming in the formula. It is currently thought that about 2% could be added to the figure of a member who plays mostly with pick-up partners for comparison with a member who plays mostly with a small number of regular partners. But the benefit varies from partnership to partnership and there is no way to include this in the calculations. In any case, we have no way to count how often a player has previously played with a particular partner, especially if a partnership plays face to face bridge together.
The other known factor that cannot be taken into account is if a player plays when unwell and unable to concentrate as well as normal on the game and thus a poor result on a day could be partly caused by external factors.

Where can I find PPI for each player?

You can find the PPI symbols of players by looking up their profiles. From the BCL Times, you can look up the Top 100 players by PPI, and this will show their PPI figures.

Can I opt out of the scheme?

No, but you can choose (in your profile) to hide the symbols when they are in the Social or Coaching Corner Rooms.

How does the effect of a board or a session that I play today diminish over a period of time?

The speed at which the effect of a past session diminishes will depend on how often and how many boards that you play every week or every month. The more you play, the faster it diminishes. The figures for the formula were selected such that for a reasonably, but not extremely, active player playing 416 qualifying boards in a three month period an effect of halving-every-three-months would hold true.
Thus the effect of a bad session would halve after 3 months and be a quarter after 6 months and be a sixteenth after a year and so what happens today has 16 times as much effect on your PPI as what happened a year ago, or 1024 times as much effect as what happened two and a half years ago. The effect of a bad session never goes absolutely to nothing but does tend towards zero fairly quickly.

Why do the PPI figures seem to be so sensitive, and why is so much weighting given to each board just played?

This is a relative matter. Because the figures are recalculated every time that you play, you can track small changes in your figure every day. It is expected that for most players, your PPI will tend to vary within a band of around 3 to 5% in the long term.
The weighting for each board (assuming you are a regular player) is such that each board that has just been played will account for a sixth of one percent of your figure, so a top or a bottom will increase or decrease your figure by approximately 0.08%. This may seem significant but it really isn't. Players should expect their figures to regularly go up or down by 2 or 3%. This is not a great movement given the wide spread of PPI figures that there is across the whole field of players. Any lesser weighting would not properly reflect current form.

I scored 55% yesterday, which is higher than my current PPI yet my PPI still went down

This can happen if you were playing with a strong partner or against weaker opponents than yourself.

My PPI is displayed as 51.0% but why am I still shown as a diamond?

PPI's are displayed to one decimal point (although they are calculated to five decimal points). That you are still shown as a diamond means your actual PPI is between 50.95% and 50.99% and the figure has been rounded up in the display.

I was partnering a "Spade" last night, but he/she didn't seem to play at a level that I would have expected of a "Spade".

The PPI's are indicative of a player's results. It could be that your partner was having an off-day, or that you did not gel as a partnership.

Do I need to play with different partners to have an accurate PPI?

Imagine if both you and your partner have never played except with each other. You would have identical PPI's, even though one of you may be better than the other. If just one of you partners other members, even if just occasionally, this will allow a representative differential to develop between your PPI and your regular partner's PPI.
If you have an exclusive or nearly exclusive partnership with just one partner, it is possible that a differential in PPI that was established years ago has remained while the standard of the two members of the partnership have become closer together. The EBU NGS has recognised this phenomenon and has a method to draw the grades closer together. There is no provision in the PPI scheme for this, as only a very tiny number of players is ever likely to be affected, but adjustments can be made on a case by case basis. Please contact Barrie Partridge at Barrie@bridgeclublive.com if you think you may be affected by this phenomenon.

Do I need to play against opponents of different abilities?

No. The only advice to be given regarding selection of opponents is to not select the same pair of opponents every single day to the exclusion of any other players, and you can't do that playing in DIDO mode anyway.

Why does my PPI rise in small amounts and fall in large amounts?

This is more likely to be a perception rather than reality. However, a possible reason may be that you were unwell or particularly distracted during a particular session.

No. The idea is without merit, as your PPI would very quickly return to its present level, and so it is BCL policy not to reset PPIs.
Where can I read more about the PPI scheme?
The EBU National Grading Scheme (NGS) is based upon our PPI scheme, though it is more complex. Nevertheless, some FAQs in the Full NGS guide on the EBU web site are equally applicable to the PPI scheme, particularly FAQs 8, 14, 22, 28 and 37, and Further Reading sections FRs 1, 2 , 5, 13, 15 and 18.